Effect of Calcium on PMS We now understand what PMS is and what are its associated symptoms. We have also understood how vitamins such as D and B6 help in preventing the symptoms. However, another magical element that women suffering from pre-menstrual cramps are generally deficient in is Calcium. Apart from pre-menstrual cramps, Calcium deficiency is also linked to irregular menstruation and excessive bleeding in women. The mineral has a key role in the development of the uterus and ovarian hormones in women.

A clinical trial in 2017 revealed that Calcium supplements helped reduce PMS symptoms such as bloating, fatigue and make cramps less painful. Another major health problem that Calcium deficiency causes among women all over the world is Osteoporosis. Prevalence of Osteoporosis (caused by inadequate Calcium consumption) ranging from 8% to 62% in Indian women of different age groups has been reported by several studies. Women need to eat Calcium-rich foods such as beans, almonds, and dark green leafy vegetables, such as spinach and kale. Studies have also highlighted the importance of Vitamin D, a steroid hormone regulating Calcium absorption and metabolism in the body. Some foods rich in Vitamin D include some dairy products, cereals, soy milk, cheese etc

A double-blind randomized clinical trial of Female students of Hamadan University of Medical Sciences suggests that treatment with calcium supplements is an effective method for reducing mood disorders during PMS. Women who ate the highest amount of Calcium in their foods – around 1200 milligrams per day – were 30% less likely to develop PMS than those who ate only 530 milligrams per day, the lowest average value.

In another study, researchers compared the diet and supplement use in women in the age group of 27 to 44 with PMS. They noted that women who had a high intake of Vitamin D and Calcium had a 40% lower risk of developing PMS. Although it is not clear why Calcium helps during PMS, there are theories to suggest that Calcium affects the hormone Estrogen during the menstrual cycle. Vitamin D helps in the absorption of Calcium and is often added to dairy products to help the body absorb Calcium. 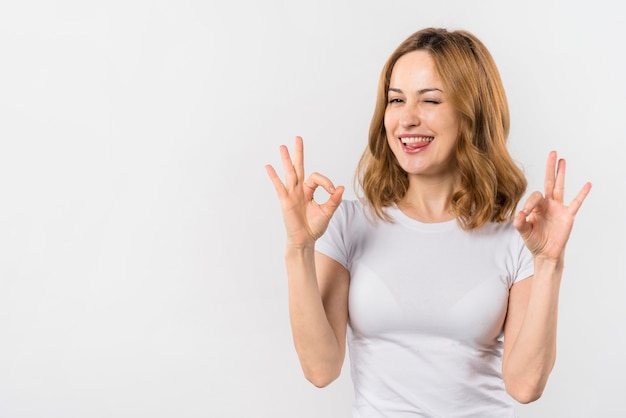 PMS is a prevalent health problem among young women and merits more attention with regard to improvement in their health and nutritional status. Calcium supplementation is a simple and effective treatment in PMS and can lead to a major reduction in overall luteal phase symptoms. When consumed with adequate Vitamin D, it can yield better outcomes. However, it is a good idea to consult with a doctor or specialist before including Calcium supplements in your diet.